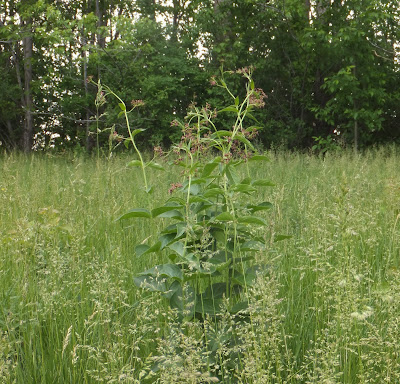 I found an isolated clump of Dog Strangling Vine on the berm just south of the end of Newhaven St. last spring. From the size of it and the evidence of prior year's vines it looked like it had been quietly expanding for the past 3-5 years. There is more Dog Strangling Vine a few hundred meters to the west but it has only expanded about 50m eastward in the past couple of years. Dog Strangling Vine is a terribly invasive plant. The Fletcher Wildlife Garden is practically covered in the stuff. They have a group of volunteers that fights it, and from their descriptions it is very hard to control.

I thought I would give it a go by carefully taking out this small clump with hand pulling. The clump had about 100-200 plants in it, and it only took a few minutes to pull up the bulk of them. I came back two times over the summer to make sure that I hadn't missed any and each time found a few more to pull. I didn't attempt any careful destruction of the pulled plants but just left them to dry out on the grass. In my judgement that was just fine as the plants were not in contact with the soil and quickly dried out. According to the Fletcher Wildlife Garden's instructions you should black bag them.

The plant likes the forest edge environment although it can also tolerate the full shade of the interior as well. As an invasive, there is little that eats it and I expect eventually the dog strangling vine close to Ben Franklin park will travel along the berm to the renaturalization area. I have been fitfully pulling it up to knock it back, but there is so much of it in that area I can never get all of it. This experiment with this isolated clump is to see what it really takes to eradicate it. 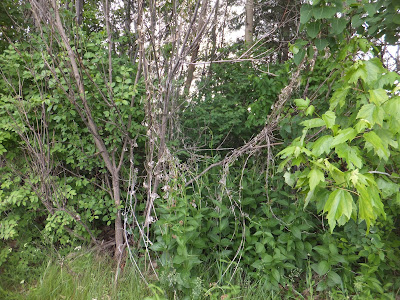 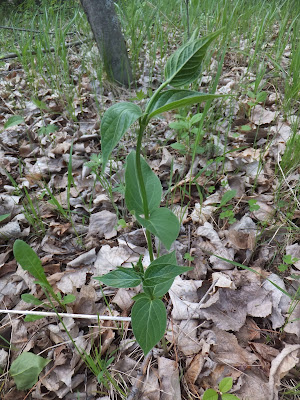 Before the flower buds open, it can be easily pulled. 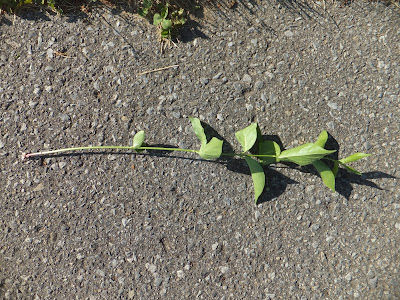 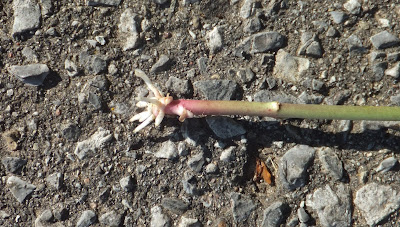 With moist soil you can taking a portion of the roots as well. 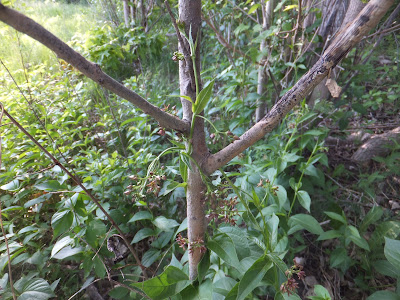 It likes to climb bushes and trees 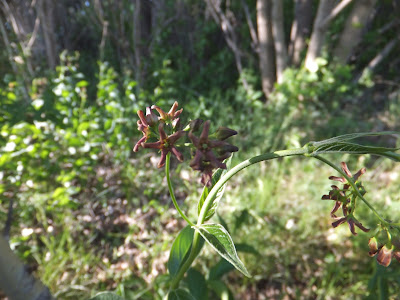 It has small dull flowers 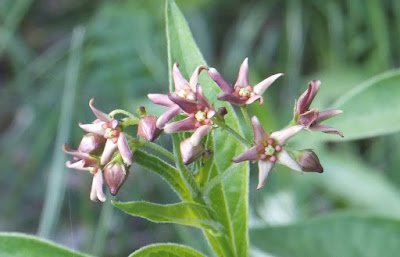 Closer inspection shows the flowers have a purple hew with a yellow center. 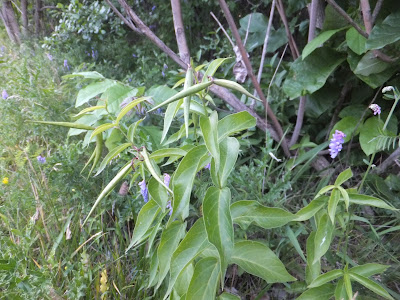 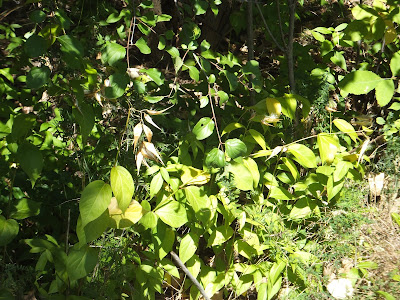 In early fall the pods dry out and open up. 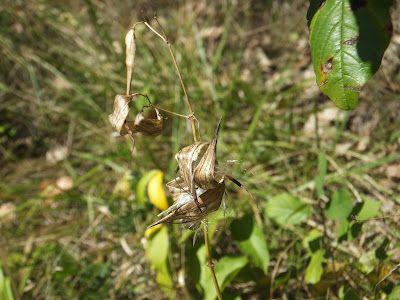 They produce fluffy seeds similar to those of the related milkweed. 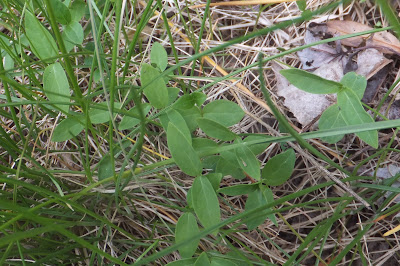 The seeds are prolific and seedlings can be found in clumps close to the mother plant.
Posted by dfg at 9:03 PM No comments: 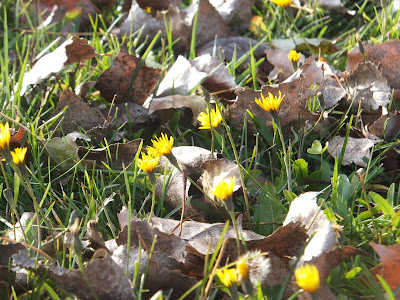 I've never noticed this flower in November. Here are False Dandelions doing a good job of looking like dandelions. There are also a few dandelions flowering out as well. Usually false dandelions are a summer flower and are much taller than dandelions but at this time of year they both are just poking their heads up above the lawn. I believe fine days like today encourage the plants to see if it is spring yet.

Hundreds of crows were flying overhead yesterday at dusk, heading east. I've been noticing these flocks for years. It never looks like a lot of birds at any one time because they are so high up and spread out, but the silent stream of birds lasts for quite a few minutes.