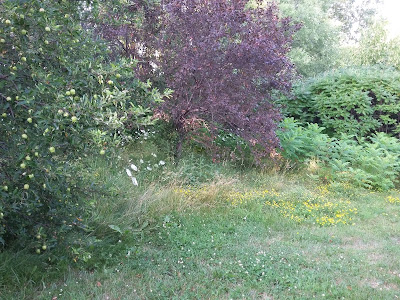 This summer the sumac has grown gang busters. It has filled in the 2009 planting area so much that I've abandoned many of my old paths around the bushes and trees in favour of passing under the sumac. It looks like the sumac has also convinced the mowers to abandon mowing around some of the crabapples. This is the second summer that the mower hasn't attempted to mow around these trees. 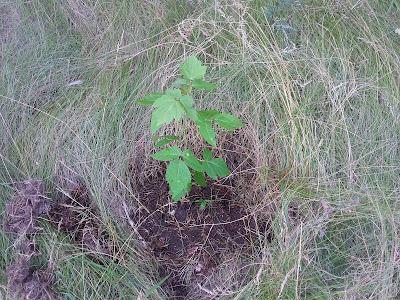 I planted a Manitoba Maple out in the 2011 planting area today that I had rescued from my lawn earlier this year. The ground was surprisingly dry for what has been a relatively wet July. Hopefully he does well there. The 2011 trees had a drought their first year and the area has remained much more open than the other areas. I think the winter winds and road salt may also have a greater effect in the 2011 area as it is relatively exposed. 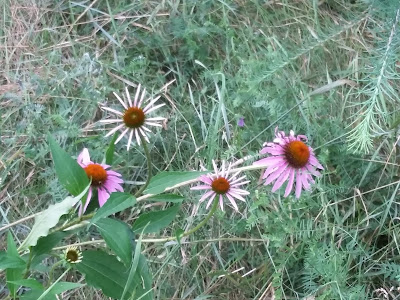 This coneflower is I believe the lone survivor of a packet of wildflower seeds I planted a couple of years ago. I was surprised to find it this year.