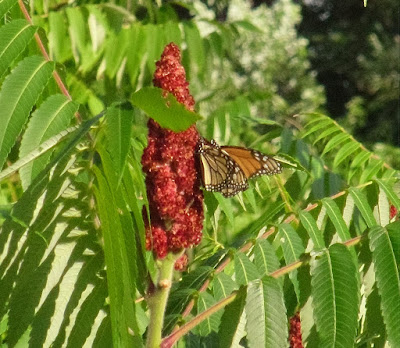 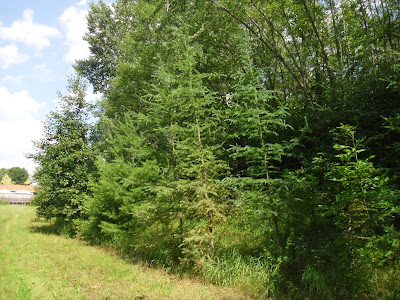 Last week was a heat wave like we haven't had in quite a few years, and it is now threatening to turn into a proper drought. The grass in many exposed roadside areas has turned yellow from heat and lack of rain. Even these tamaracks on the sheltered north side of the berm are having a hard time in this heat. Some of their needles are turning yellow. I often call tamaracks larches which is their genus name, however, there is also a European larch that has been naturalized to eastern North America. European larches are more tolerant of warmer drier conditions than the native tamaracks that are a more boreal forest species.

Ben Franklin Park happens to have native tamaracks and European larches planted a few feet from each other so it is convenient to compare the two species there. The easiest differentiator are the cones. Tamaracks usually have an abundance of tiny cones hanging on to their branches (see below), while the European Larch has fewer larger cones (see bottom). Both larches are of course deciduous, but the European larch's needles are stubbier and thicker than the feathery soft needles of the tamarack. The bark of the tamarack is dark and very rough while the european larch's bark is a bit more scaly. 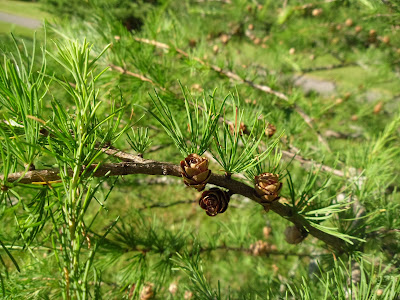 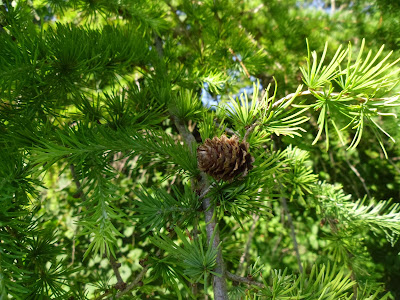