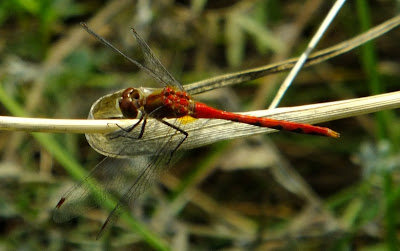 I took these pictures back in the middle of August. The White-faced Meadowhawk is one of several similar species of red meadowhawks that are thought to be all possibly one species. 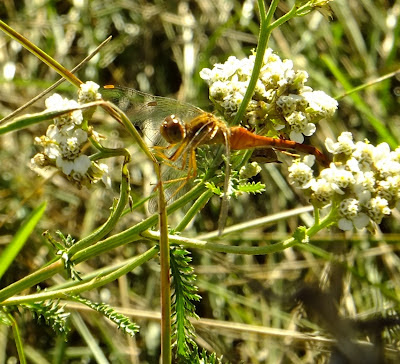 The Autumn Meadowhawk which matures later than the other meadowhawks is identifiable by its yellow legs. This one sitting in among the yarrow is still orange but will turn redder in the fall.