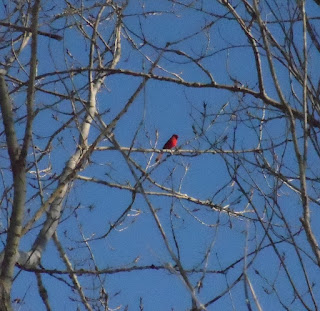 This March never had a serious return of winter weather, with many days hovering around freezing. Now the ground is bare on the south side of the berm, while soggy snow remains on the north side. The red-wing black birds and robins have been hanging around for a while now. Spring is in the air, the chickadees are flitting around in pairs, a bright red cardinal announces his territory high up in the poplars, and geese make a racket as they fly overhead.

I can remember back in the late 80s cardinals were a rarity in Ottawa but by around 1995 they were pretty common. I found one reference (pdf) that indicates the lower Hudson valley was the northern limit of their range in 1945. So in about 50 years cardinals have extended their range by about 400km! 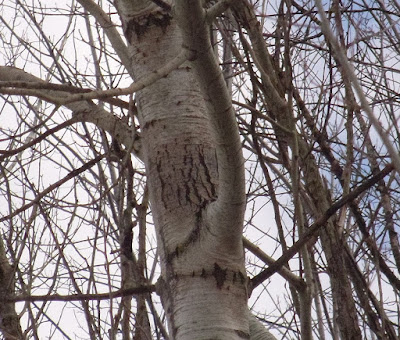 The big poplars on top of the berm are susceptible to cankers on their trunk that cause them to weaken, die and break. The picture above is of a canker on a yet still living tree. The broken tops of trees sometimes remain suspended as in the picture below making the forest look very messy. 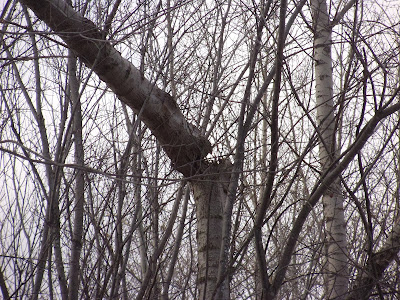 This March I pulled down some of the smaller suspended tree tops like the one below. It was very satisfying exercise. 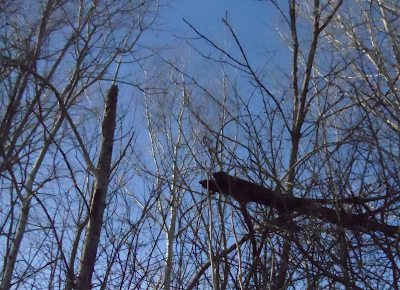