Crossing paths at the Goldenrod 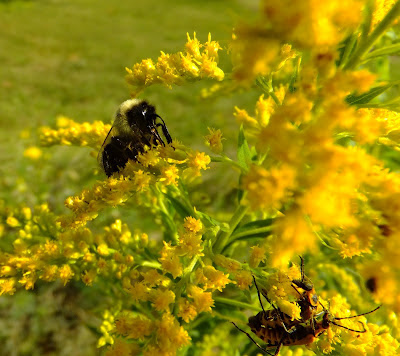 The goldenrod is in flower and their panicles are full of activity. The Bumble Bee above just ignored the nearby mating goldenrod soldier beetles. 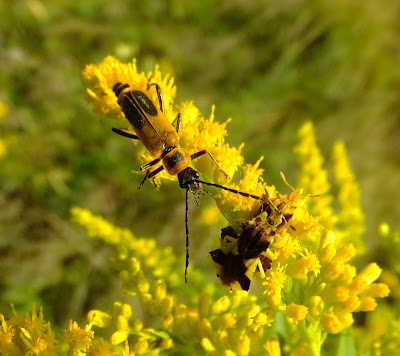 This large orange Goldenrod Soldier Beetle isn't much of a threat to these mating Jagged Ambush Bugs. Its face is covered in what it is interested in: goldenrod pollen. 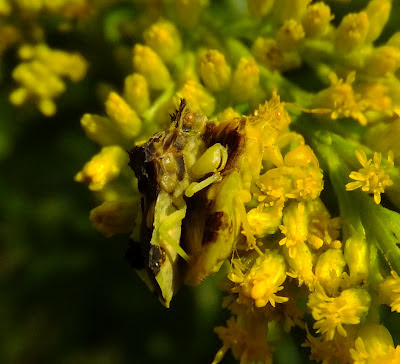 Jagged Ambush Bugs look a bit like chameleons; they have horns on their stubby noses and their eyes look a bit googly like a chameleon's. They hardly move and blend in very well with the goldenrod flowers. Even when I know they are there, it is hard to make out the true shape of their bodies. 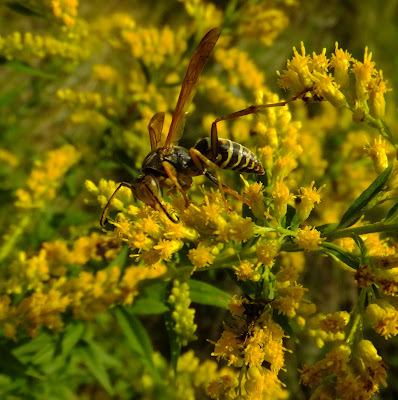 This Northern Paper Wasp seems like a giant compared to the little Jagged Ambush Bug resting below it. Even if the wasp wasn't such an out-sized challenge for the little predator, the wasp would have little to fear from the Ambush Bug: it has already got its arms full with a little fly. 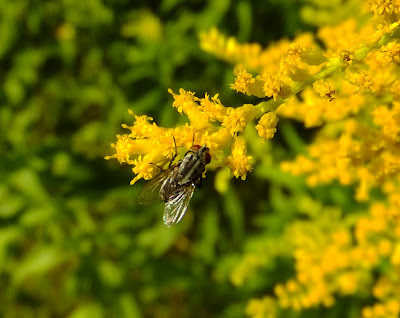 Here is another common visitor to the goldenrod: A little flesh fly. Flesh flies deposit their eggs such that the larvae may feed on some insect or dead animal but the adults themselves are vegetarians.
Posted by dfg at 1:59 AM