Being Watched by Song Sparrows. 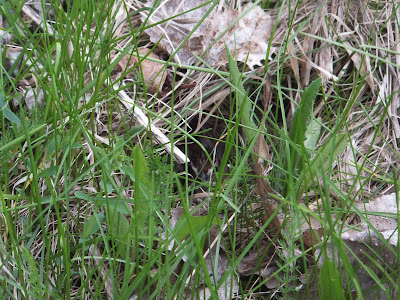 This little song sparrow is keeping quiet as she sits on her nest in the long grass just a few steps from a path. This picture was taken a couple of weeks ago, the previous day I was surprised by her rising from immediately below my feet. Fortunately I didn't step on her nest with four small eggs in it so the next day I came back and took her photograph. A couple of days later when I passed by there was at least one baby chick in the nest, but I just caught a glimpse as I didn't want to unnecessarily perturb the mom. I don't know what happened to the chicks but a week later the nest is empty except for a broken shell.

Below is another song sparrow (or perhaps the same one with a new nest) keeping a watchful eye as I pass in the vicinity of her nest. Hopefully, it is well hidden. She and her mate keep a continuous chirp going as long as I am in sight but it is so brief it is hard to pin point which direction the chirp is coming from. 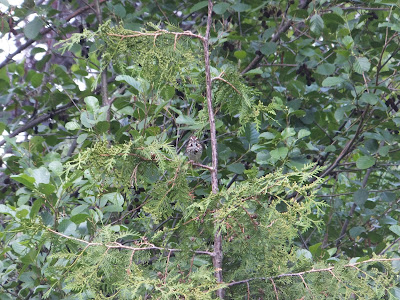