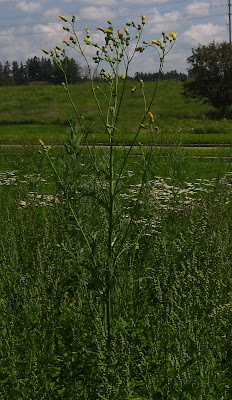 I've been meaning to find out the identity of these tall dandelion like flowers for years. They are a very common road-side flower and on the way up to the Laurentians last week the roadside was covered in them. The one in the above photo is growing in the experimental area beside Hunt-club, but there has been a patch of them by the 2011 planting area for years. They don't seem to spread easily into established grass or meadows as they haven't expanded into the 2011 planting area since the mowing stopped 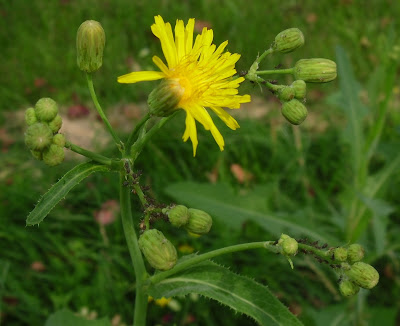 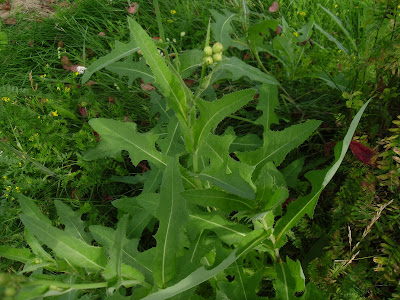 Lower leaves of the perennial sow-thistle

As can be seen in the top photo they grow quite tall. There is another shorter spiny annual sow-thistle species that is less than a meter tall and has smaller flowers. A whole bunch of it is growing in one section of the experimental area but it has already finished flowering so I didn't get a picture. A picture of the leaves is below. 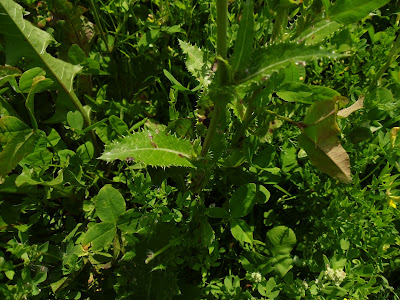