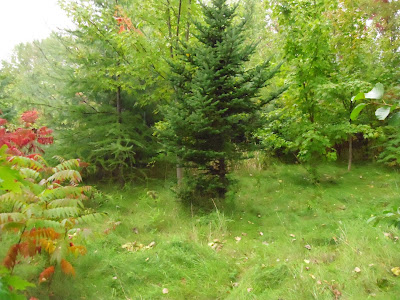 I first approached Manordale Public School for help planting trees along the roadside berm in the fall of 2008. The city provided the trees and the kids, parents and teachers came out one Saturday morning the next spring to enthusiastically if not expertly plant several hundred trees. I was surprised how easily it all came together.

The main location that the city had permitted for the initial planting was a 40m by 40m plot of weedy grass that had been regularly mowed but was otherwise entirely neglected since the dirt had been piled up to make the berm around 1995. Natural selection (primarily by the field mice) was pretty rough in the first few years. Many of the trees were girdled, others struggled to rise above the thick blanket of tufted vetch and birds-foot trefoil that covered the area for the first couple of years after the mowing ceased. The result is that there continues to be plenty of areas where the grass still dominates. This year, however, with the trees growing larger and the sumac spreading I have started to view them as a bunch of connected grassy glades amongst the trees as opposed to vice versa, a bunch of young trees amongst the tall grass. It only took a decade. 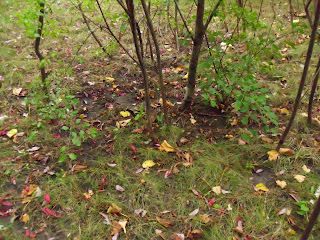 The grass is hanging in tough though, only in the deepest of shaded areas has it become patchy enough that bare ground is starting to be visible. The grass will even tolerate a dense thicket of young poplar saplings. Sumac alone does not provide enough shade to suppress grass, however in a few spots the combination of a tree growing up through the sumac does suppress the grass. The spreading Red-Osier Dogwood bushes and some of the spruce trees also provide enough shade to out-compete the grass.

Some clumps of perennial plants such as goldenrod will also out-compete the grass once they are established, but what has surprised me is the relative lack of these sorts of tall wildflowers in the area. I would have expected many more of the tall roadside weedy plants to invade once the grass cutting stopped. There is some Canada Thistle that is starting to spread, and some milkweed but it is a slow multiyear process. Some wildflowers such as Clover, Yarrow and the Birds-Foot Trefoil have even declined. The only places where Bull Thistles thrive are locations where I have removed the grass in order to plant more trees. 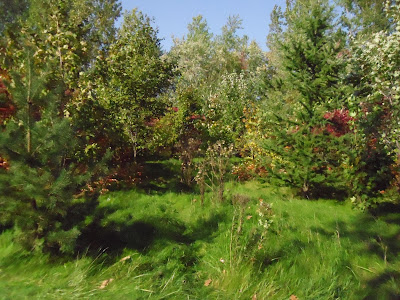